Mick, my lovely husband, bought his last vest jacket in September 2013. I know this, because it was either just days before or after I had our youngest daughter!! Since moving to NSW in 2015 from far north QLD, it’s had a lot of use and is very much on its last legs. So, when the testing call came for a new Men’s pattern for Twig and Tale, I volunteered straight away, hoping for a vest, and I was right!

Introducing the Men’s Trailblazer Vest from Twig and Tale.

It covers a wide range of sizes (32” – 60”), has clear and concise instructions and even video tutorials to help you create a fabulous looking vest. (Note, I didn’t use the videos because my internet is fairly slow and can be unreliable. The instructions on their own were more than enough for me.)

I imported some Antique oilskin from Merchant and Mills in the UK (priority shipping) as I was on a bit of a time limit and was having trouble finding what I wanted in Australia. It arrived in 4 days and was perfect! Quite oily to work with, but once the vest was complete and had hung for a couple of days, the oil had been absorbed.

Look at my pretties from Merchant & Mills!!

I lined the vest with a small navy gingham by Riley Blake designs that I purchased ages ago from fabric.com and found the separating zip at a local sewing store, yay! I also added some quilt batting between the inner and out layer of the vest for extra warmth come autumn.

Mick wanted his vest for work, so I chose the zip plus wind flap option and used oilskin for the pocket bags because who knows what will be going in there!!

The vest is designed for 5’10” height and even though Mick is 6’, the it’s a good length on him. I added extra stitching on some of the seams, but chose not to top stitch the entire jacket as I was worried it might affect the look of the jacket. I used press studs for closures on the wind flap, but chose to leave them visible.

Final thoughts…
Mick was a real trooper when it came to posing for photos in the vest! He’s worn it on every cool morning we’ve had (not many of those left now) and has had several comments asking where he bought his vest from. I’ll class that as a huge success and finish by saying that I thoroughly recommend this pattern and will definitely be making him another Trailblazer come Autumn 😉

The pattern is on sale now until midnight Saturday November 4th PST (Time in LA) The listing is already marked down on the site, no code needed.

Don’t forget to join the Twig and Tale Facebook group for extra help on the vest or simply to share your success. 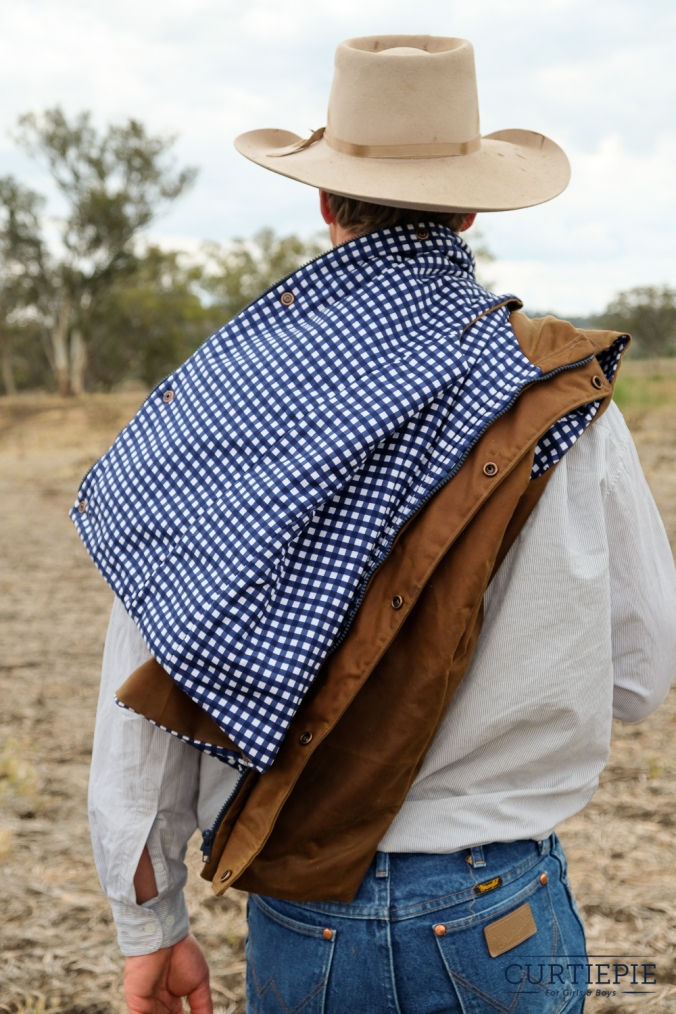 P.S. I’d love to know what you think of the vest!!

11 thoughts on “Sewing for Mick… Finally!”